A True Story of Heroism 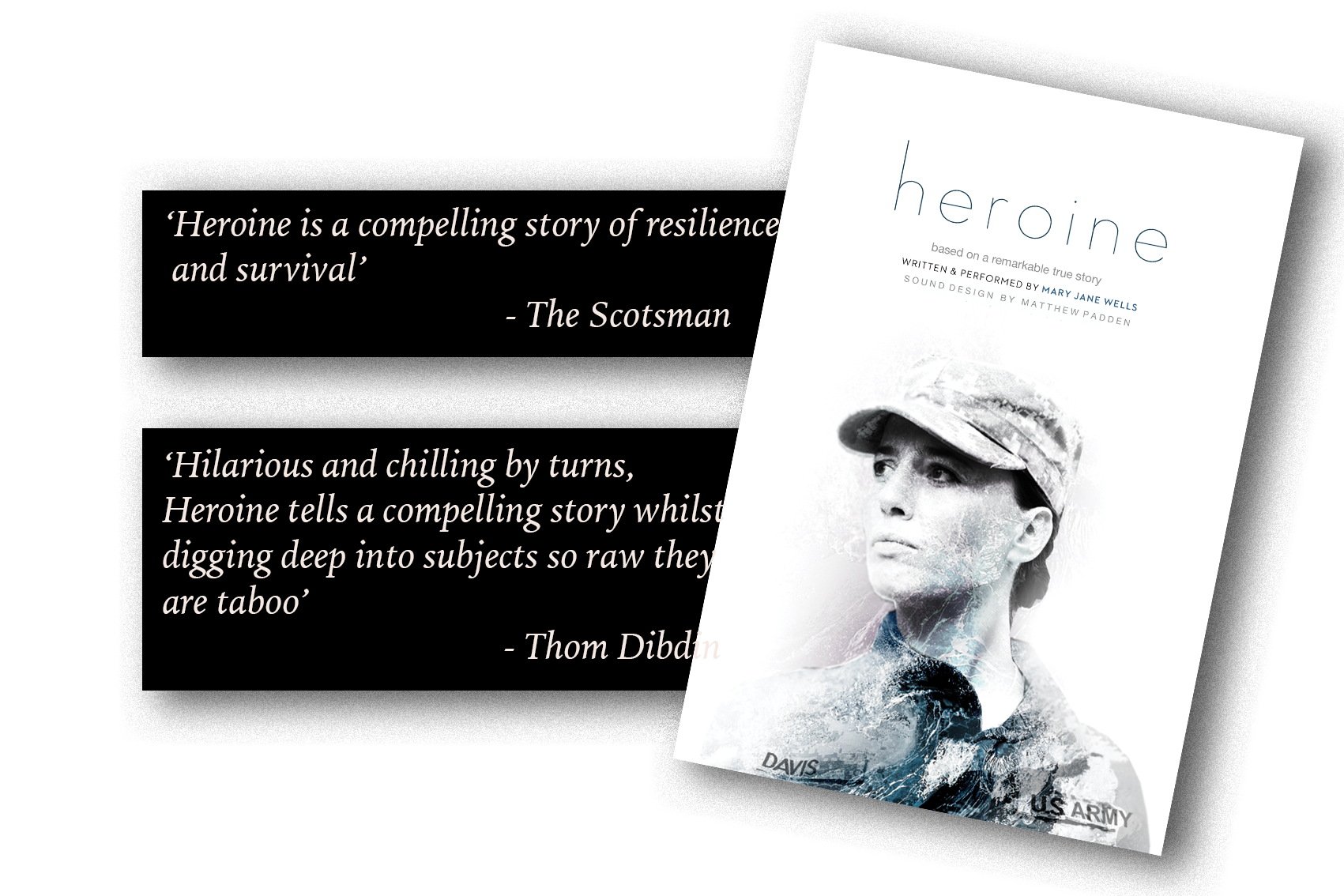 Mary Jane Wells is an award winning actress, writer and voiceover artist – and a woman whose determination to bring the toughest stories to the world is inspiring. Mary Jane has spent the last four years developing the script for – and finding a voice for – Danna Davis story in Heroine. And it’s a story that many do not want to hear. The extent of MST is largely hidden by the military and  political powers that be. Applauded by both Michelle and Barack Obama for her persistence in bringing the truth to light, Mary Jane’s platform  continues to grow and she will perform Heroine on the stage a the prestigious Kennedy Centre in the US in 2020.

A Soldier, A Heroine, A Survivor. One Woman’s Journey to Tell the Truth

Heroine is the true story of Danna Davis, a soldier in the US Army. A woman whose courage and bravery saved lives – and whose sexuality almost cost her hers. At the same time as serving and protecting her country, risking all on the front lines, as a lesbian in the forces during the Don’t Ask Don’t Tell era, Danna was subject to the most brutal physical and sexual abuse at the hands of those in whom she should have been able to place the ultimate trust – her commanding and fellow soldiers. When Mary Jane Wells met Danna, working on the set of a film in LA, she met a woman whose journey as a survivor of MST (Military Sexual Trauma) had barely begun – and so started another journey of courage, bravery and determination – that of Mary Jane to bring Danna’s truth to the world. It’s powerful beyond measure and it’s a story that must be brought to a wider audience. Told with searing honest, it is at times gut-wrenching, often heartbreaking, but ultimately shows how the best in humanity can triumph after enduring the worst.